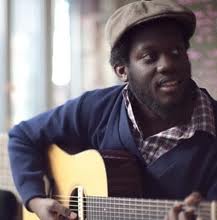 I’m beginning my ‘British Artists Americans Should be Listening To’ series with an artist that is in a word, stunning. I can’t remember the first time I heard he’s most popular song ‘Home Again’ but it gave me the same feeling that I get when I hear the classic song ‘Home’. You know that one that says Another summer day has come and gone away in Paris and Rome and I wanna go home.

Well home has always been a bit of weird issue for me since I immigrated from England at the age of twelve, lived in Florida for years and currently go to college in North Carolina. Then I came back here for a semester in London and the simple questions ‘Where are you from?’ and ‘Where do you call home’ brought a whole lot of emotions to the surface for me.

I can’t really explain my relationship with home and why it both confuses and comforts me.  I suppose I can share the first few lines of a personal poem with you and that might give you an idea of why home is such a weird subject for me

Such a funny word

Some have great assurance when speaking of home

Never been anywhere else kind of people

Often I can’t help but envy them

You get the drift and so when I listen to the song ‘Home’ I feel a longing for England, for my childhood and for the choice I was never given if I wanted to be an immigrant yet sometimes when I listen to that song I feel a longing for the life I’ve been able to have in America and all the opportunities I’ve been given. Either way there is a longing I can’t quite explain or express so the smooth old school sound of home would express it for me, in fact it was the only song that seemed to be able to express my complicated relationship with home.

Then Michael Kiwanuka came along with his song ‘Home Again’ and it seemed to fit me and my relationship with home perfectly, the drifting back and forth, the confusion but ultimately coming to an inner peace about home. Outside of the expression I feel through this song, the music is simple and infectious.

You find yourself humming the tune and is voice is just, well honey and it still sounds amazing live which is pretty rare these days. The British are just beginning to love him as he was announced by the BBC (British Broadcasting) as the VOICE of 2012 as voted by the public.

Here is his song ‘Home Again’ which has a modest (compared to the insanity of hundreds of millions of views for people like Justin Bieber and 43 million for J-Lo’s new video) two million views on YouTube but I’m sure that number is going to rise steadily.

I think there is a real honesty to his voice that just isn’t seen or should I say heard in a lot of modern music anymore and his lyrics, at least for me, tap into those inner thoughts that we all have running around in our heads. The thoughts that pop in when you’re staring out of a window gazing into the pouring rain and pondering your identity, purpose and life.

Yes indeed for me he’s that deep and I hope you find him just as moving and beautiful.

Let me know what you think of my first choice and be prepared for many more British artists coming your way. There will be different genres etc but again these are people I think are wonderful and about to become huge so take a listen and I hope you feel the same way,

Until next time be blessed, stay strong and never give up,

So I’m settled into Leeds and I love being back in the town that raised me. However I had a little bit of a crisis. I knew I couldn’t write London poems/make London diaries videos anymore since I’m not in London anymore and I didn’t just want to write cheesy useless fluff yet during a skype conversation with my American roomate and friends they asked me the question they have asked me every time I’ve skyped with them over the past few months “Have any new British music we should know about?”

I’ve always had a a habit of getting addicted to amazing artists just before they make it big and I realized there are so many great artists in the UK that are doing well over here but never make it to the states for year. Therefore I decided to start a series about British artists American’s should be listening to and then when these artists do make the transition to the states you can grin and say “Ha! I’ve known about them forever” and therefore be so cool you’re Ray Ban’s will melt ;p

So there you have it how this idea came about now before we begin this journey I have to say these are artists I adore and so obviously they will reflect my personal taste in music. However if there are British artists you believe I’m missing out on, please feel free to tell me in the comments section.

My first artists I will be talking about is……..

See you in a few hours!

P.S – I used a photo of Selena Gomez for this post but fear not I won’t be recommending her music